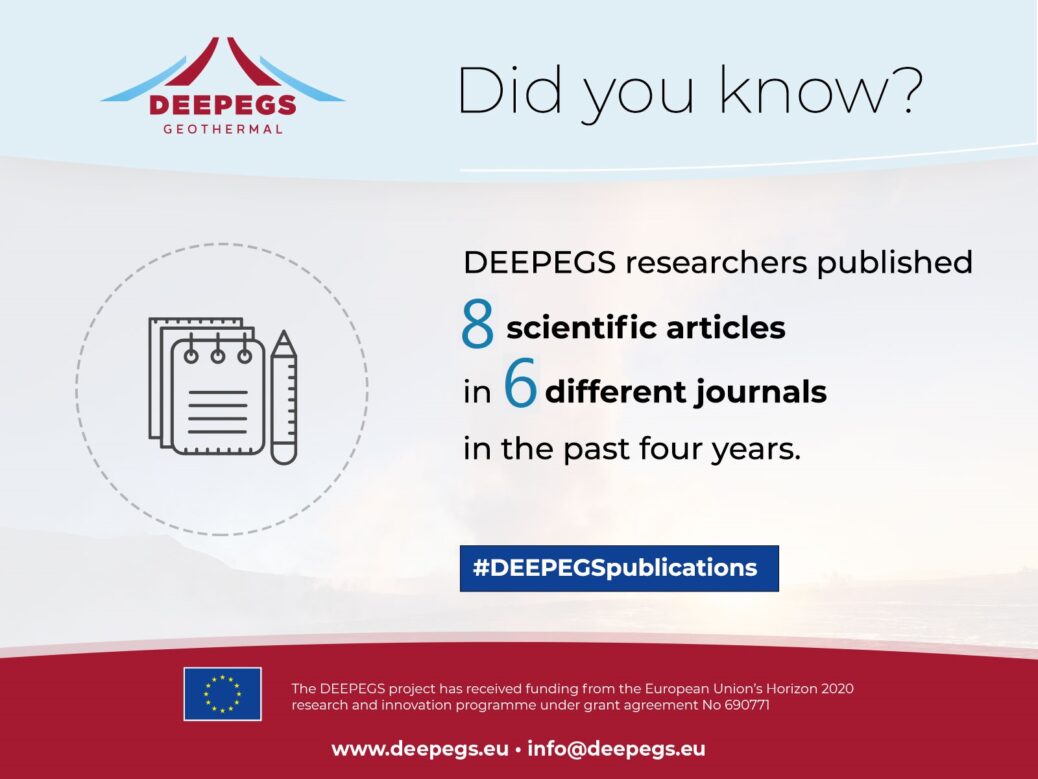 #DEEPEGSpublications would not be the same if not the amazing number of accepted scientific journal articles prepared by DEEPEGS scientist in the years 2016 – 2020.

The first scientific publication was already sent for revision in June 2017 which is one and a half year after the project started. The paper describes a supercritical condition reached at a depth of 4.5 km in January 2017 including permeability studies performed at multiple depth levels. It was recognised as a milestone in the development of geothermal resources and the study of hydrothermal systems. A full essay can be read in “The Iceland Deep Drilling Project 4.5 km deep well, IDDP-2, in the seawater-recharged Reykjanes geothermal field in SW Iceland has successfully reached its supercritical target”  written by Friðleifsson G.O., Elders W.A., Zierenberg R.A., Stefánsson A, Fowler A.P.G., Weisenberger T.B., Harðarson B.S., Mesfin K.G. issued in Sci. Dril., 23, 1–12, 2017 (https://doi.org/10.5194/sd-23-1-2017).

A full list of scientific publication and their full issues available on ⇒  https://deepegs.eu/scientific-publications/