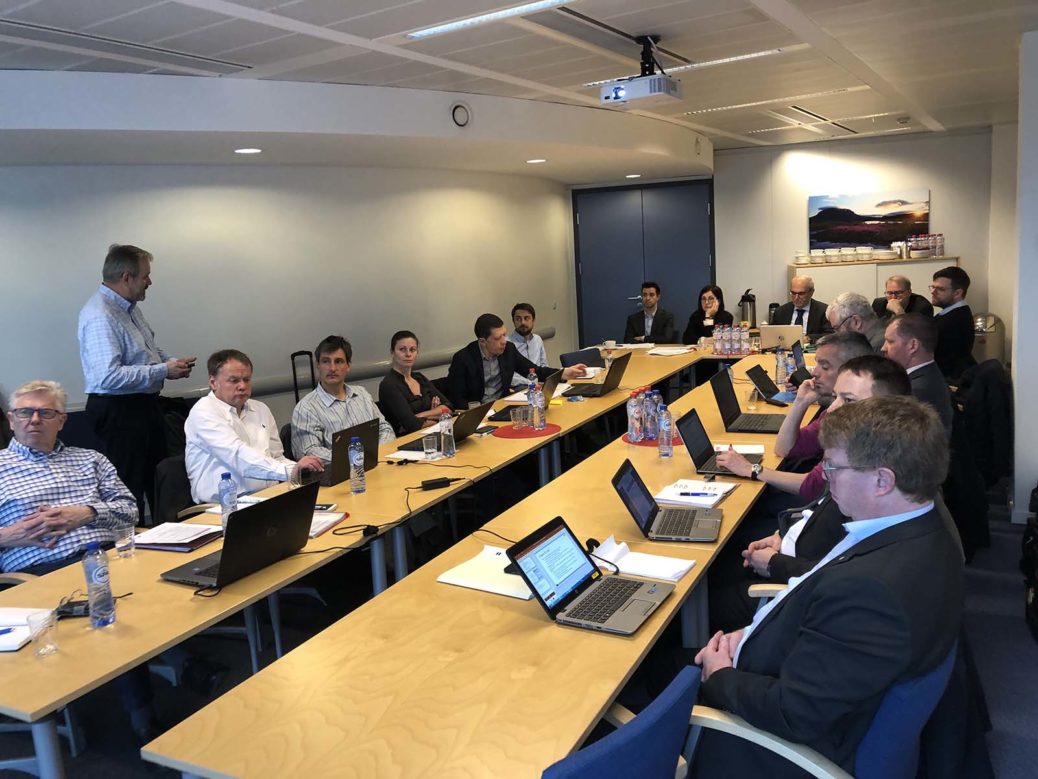 The second DEEPEGS project review meeting took place in Brussels on February 20th 2019. Representatives from all partners attended the meeting, together with INEA and EC officials and external reviewer.

After successful drilling at Reykjanes down to 4,659 meters in January 2017 some problems occurred in the IDDP-2 well 6 months later. Despite from these problems it has been decided to start the flow test of the Reykjanes well in July 2019. After several months of delays in France it was decided to move the demonstration site from Valence to Vandenheim last year. Drilling started there in VDH2 in July 2018 and flow test is expected to begin in autumn 2019. The DEEPEGS project is coming to an end and is expected to finish in end of November 2019.